Funklords Lake Minnetonka have been bringing infectious jazz riffs and bouncing funk beats to Melbourne since 2013, jetting between hometown Melbourne and the soulful Minneapolis that has been influencing their sound. This year they’re finally getting ready to release some new music after bandleader, keytarist, and composer Adam Rudegeair spent 2015 recording with former Prince band members in the States.

Lake Minnetonka are launching their second single ‘Out There Bout There’ with a grooving live show this October 27 at The Curtin, accompanied by exciting local acts like soul sensations Fulton Street and Neon City Pilots, not to mention other special guests in the works. To celebrate the upcoming launch, Adam Rudegeair told us all about how Prince has been crucial to the band’s beginning and growth, with a list of five of the legend’s turning points.

“Madhouse is an essential addition to this list, as it’s the launching point for our band sound. The collaborative jazz project between Eric Leeds (sax) and Prince (everything else) started with this album, which contained eight tracks with only numbers for names. There would be a follow-up album, titled ’16’, as well as a live band iteration, with Dr Fink on keys and the incredible Levi Seacer Jr. on bass. Notable for Prince’s gonzo approach to jazz composition, and Eric’s hard-hitting post-bop sax language, this album is a favourite of ?uestlove‘s, and ours too!”

‘ROCK HARD IN A FUNKY PLACE’

“This deep cut from 1987’s famously-shelved-then-finally-released-in-1994 Black Album contains one of the hippest horn lines of all time. Prince cribbed it from an Eric Leeds composition entitled ‘Pacemaker’, but its angular halftime bebop coasts perfectly over a dense and heavy robofunk groove. Eric and Atlanta Bliss (muted trumpet) play the riff in unison to devastating effect.There are so many layers it reveals new lashings of funk with every listen!”

“This song is all killer no filler: killer groove, killer horns, killer organ solo, killer guitar solo, raps, explosive sax solos, everything. I give it 11/10. The snare is like a bullet.”

“This is one the casual Prince fan would probably not be familiar with, it popped up on the internet-only album The Slaughterhouse. Its relentless loop of swung 16ths propel this monster new-jack jam for almost seven minutes. The last two minutes are a deadly saxophone solo put through a harmoniser, morphing it into pure space-funk.” 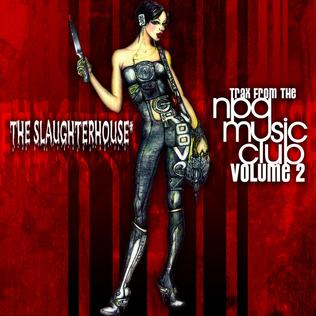 “A pretty weird experimental track that Prince had originally intended for his 1986 aborted Dream Factory project, this eventually surfaced on 1998’s Crystal Ball album. It wasn’t till I sat down with saxophonist Eric Leeds and he played me an early mix from his personal archive that I understood what was going on with the horns — close-stacked bari sax harmonies with dissonance added by a pitch shifter. More killer Prince production techniques we’ve been trying for ourselves. Uncle P had so many crazy studio tricks, it’s a life-long pursuit to cop them all!”

Previous post On Air with RRR: 40 Years Of Community Radio