This week’s word was #Bigfoot, the friendly nickname for the terrifying idea of a hairy humanoid lurking in the mountains of America’s Pacific-Northwest. We hoped a quick tag search would reveal Bandcamp’s very own Sasquatch, a musical secret that had somehow managed to avoid contact with the outside world.

The search brought up an album released just two weeks ago by Pennsylvanian artist, Stone Breath. CRYPTIDS was a 14-track album revolving around the concept of Pennsylvanian folklore, a collection of stories about the weird and wacky creatures whose legend spread through towns by word of mouth. I was already weirded out. 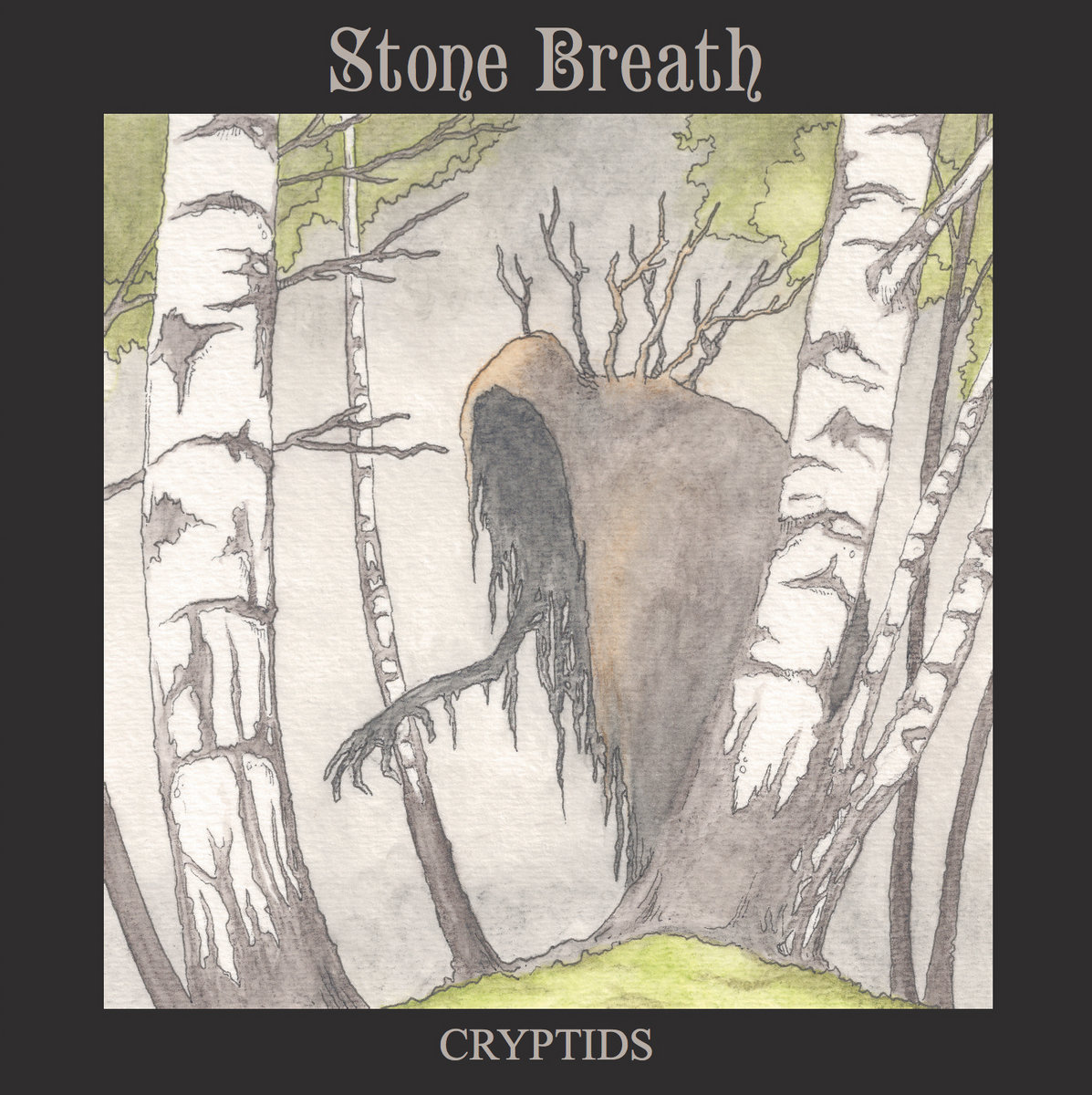 Unlike the majority of niche Bandcamp projects, Stone Breath seemed to be a genuine music group that invested time and money into their work, toured and played shows to actual audiences (well, maybe not that last bit. Who knows?), and possessed a small, local fanbase. These guys were clearly serious. They weren’t your average, run-off-the-mill teenage boy on his illegally downloaded Ableton software; they were musicians making music! And for nine dollars, you could grab the digital copy of the band’s 18th release. Yes, THEIR 18TH RELEASE.

But for 12 dollars, you could also snatch a physical CD copy beholding two bonus songs. And for five dollars you could also receive a colour patch of the album cover and unlimited streaming of the single, ‘The Hidebehind’. And guess what? For $15.50, there is a CRYPTIDS CD, patch, AND sticker set. Not to mention the best bit, a 180-page BOOK with a 13 dollar price tag written, illustrated, and photographed by Timothy Renner and A.E Hoskin of Stone Breath, and titled Beyond the Seventh Gate: Exploring Toad Road, the Seven Gates of Hell, and Other Strangeness in York, Lancaster, and Adams Counties. According to the band, the book features “extensive research” and “on site exploration” to discover the “real story” behind popular York County myths.

Wow. It was safe to say anyone would be impressed.

Their music, however, failed to do that. This is not to say that this album is devoid of any good songs. ‘The Singing Corpse’, especially, is sparse enough to remain inside the lines of the band’s brand, yet interesting enough to perhaps grab the attention of non-neo-folk fans. However, the song’s subtle melancholy is ruined by the last half, dedicated to the lone voice of Martyn Bates singing ‘Nearer My God to Thee’ in a boring and banal attempt to emulate the myth in song and remain authentic to local legend. Another one of their better songs, ‘The Red Dog Fox’, manages to build a brooding and dark presence without being weighed down the band’s insistence on telling campfire stories.

And this is Stone Breath’s ultimate downfall with CRYPTIDS. In what could have been an overall intriguing and innovative take on folklore, the group misses their opportunity to guide listeners to make their own human connections to these stories. They recite and recount myths like dull medieval ballads instead of reaching into the emotional core of them. The success of a good story always depends on how well it can make the heart jump or pulse or feel or react, and with Stone Breath, all I can hear is some guy singing over a few mandolins.