As the year closes in, students and workers alike struggle to complete urgent tasks against allotted deadlines, and most of the time, their only solace and belief in what will get them through the day is… #coffee.

This week’s tag unveiled Kids On Coffee‘s self-titled debut EP, hidden in the last few search results but worth clicking through all the vaporwave albums that preceded it. The five-minute release held a collection of tracks all revolving around the concept of coffee: ‘NO COFFEE’, then ‘TOO MUCH COFFEE’, as well as ‘ALT MILK’, just to name a few. 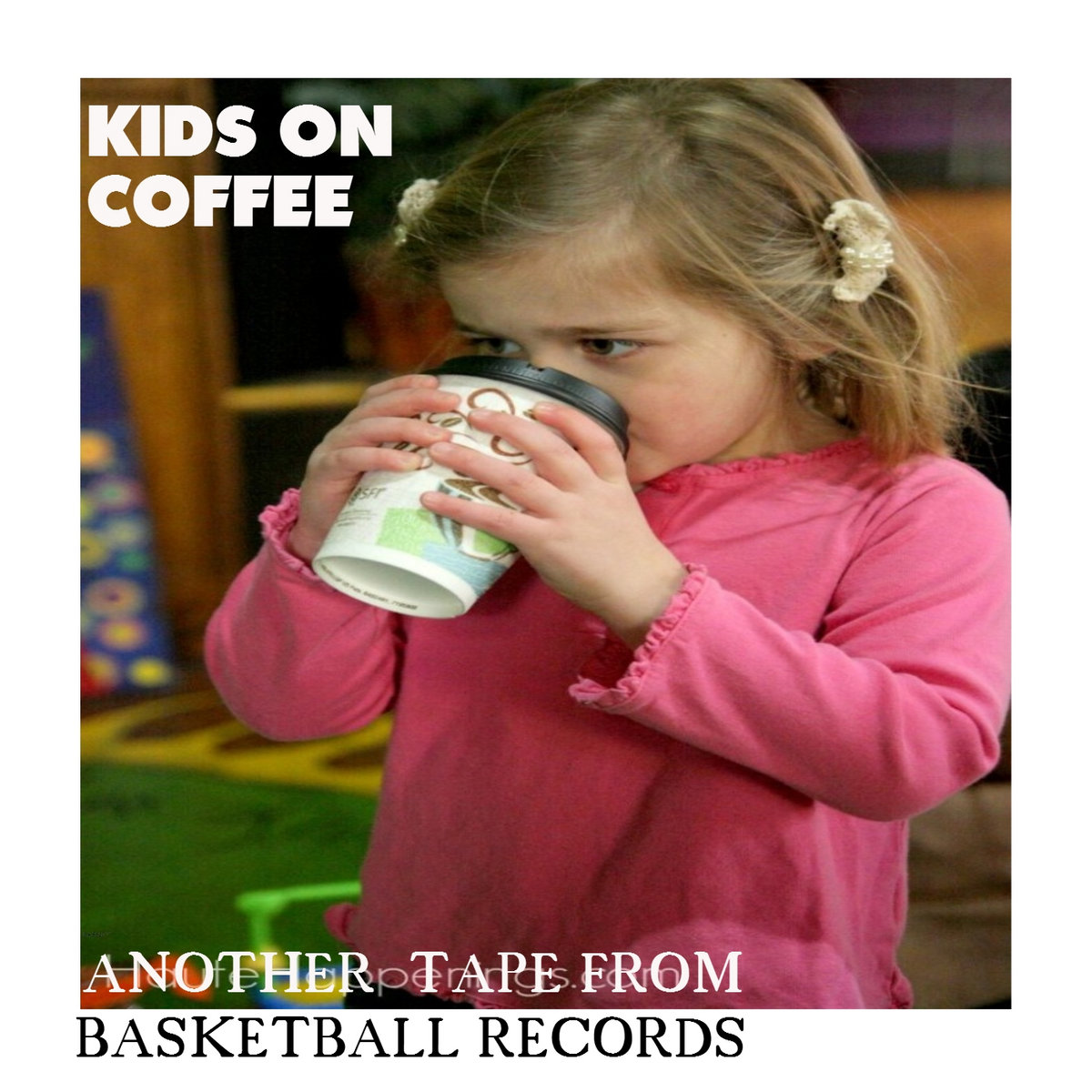 While Basketball Records or even Kids On Coffee yielded no search results, Rooster Jake, the name credited for “idea, arrangements, sampling, lyrics and art”, seemed to be the only face behind this Bandcamp artist after a quick Facebook lurk for confirmation. His social media expressed various political assertions, a passion for Crohn’s disease awareness, and a surprisingly consistent promotion of new projects or local shows.  Rooster Jake seemed popular enough to earn small shows in Denver, Colorado, but not prolific enough to reach an international, or even national, audience. Did his music reflect this at all?

The EP, although self-described “basement bedroom punk”, is more effectively placed within the boundaries of the experimental genre, as it is Kids On Coffee’s sampling work that stands out above all. Each track begins with a sample from a song related to coffee, and Rooster Jake reaches across the music scene to grab inspiration from a variety of sources, like the brash garage of the Descendents‘ ‘Kids on Coffee’, Ella Fitzgerald‘s swooning ‘Black Coffee’, and even underground rapper Aesop Rock‘s beat-filled ‘Coffee’. The artist’s sampling diversity mirrors how this EP in itself is uncontainable, flitting back and forth between musical categories.

Case in point, ‘NO COFFEE’ represents the typical punk vibrations that Kids On Coffee tries to begin with. Ominous, sluggish drums, harsh, discordant guitars, and the grating drag of the vocals carries the song into a punk perversion of Nine Inch Nails (this later sinks into a fading quaint but sweet guitar line). On the other hand, ‘TODDY’ is almost rap-like in nature, bouncy and rhythmic, and the only song on the EP with discernible verses, but ultimately falls short of being interesting because of its repetitive beat and flow. In addition, ‘TOO MUCH COFFEE’ is dark and filled with booming electronic groans, and strays far from punk or hip-hop, especially with the eerie feminine sample rounding off the track with “This is your black, cold depression.”

However, in saying that, Kids On Coffee is not overly disorienting or annoying to place. There is a nice, recurring theme of darkness and desperation related to the idea of an urgent need for coffee, and the sampling creates breaks in the music that allows it to not be overwhelming at first listen. And although the songs may not actually be true to the preconceived notion of punk, it definitely carries the quintessential grittiness and rawness in its low fidelity. In fact, this might be the first Bandcamp Roulette result that is… not bad, not bad at all.

Now can someone get me a bloody coffee?

Next post 12 Pieces of Inspiration Behind Thomston's Debut LP 'Topograph'