This week’s word was “pug”. Yes, those cute, cuddly, and sometimes clueless street-waddlers.

Faith Loaf‘s I Miss U was the first result in the tags, an experimental release on an independent Chicago label, Grandpa Bay, that ran just over six minutes in total. Along with “pug”, it was also tagged with “dog” and “cool dog”, and with track titles like ‘Fuck U I’m A Dog’, ‘I Have Your Shirt To Smell’, and ‘Plsdontbark’, this tape could have received an A+ grade off humour alone. 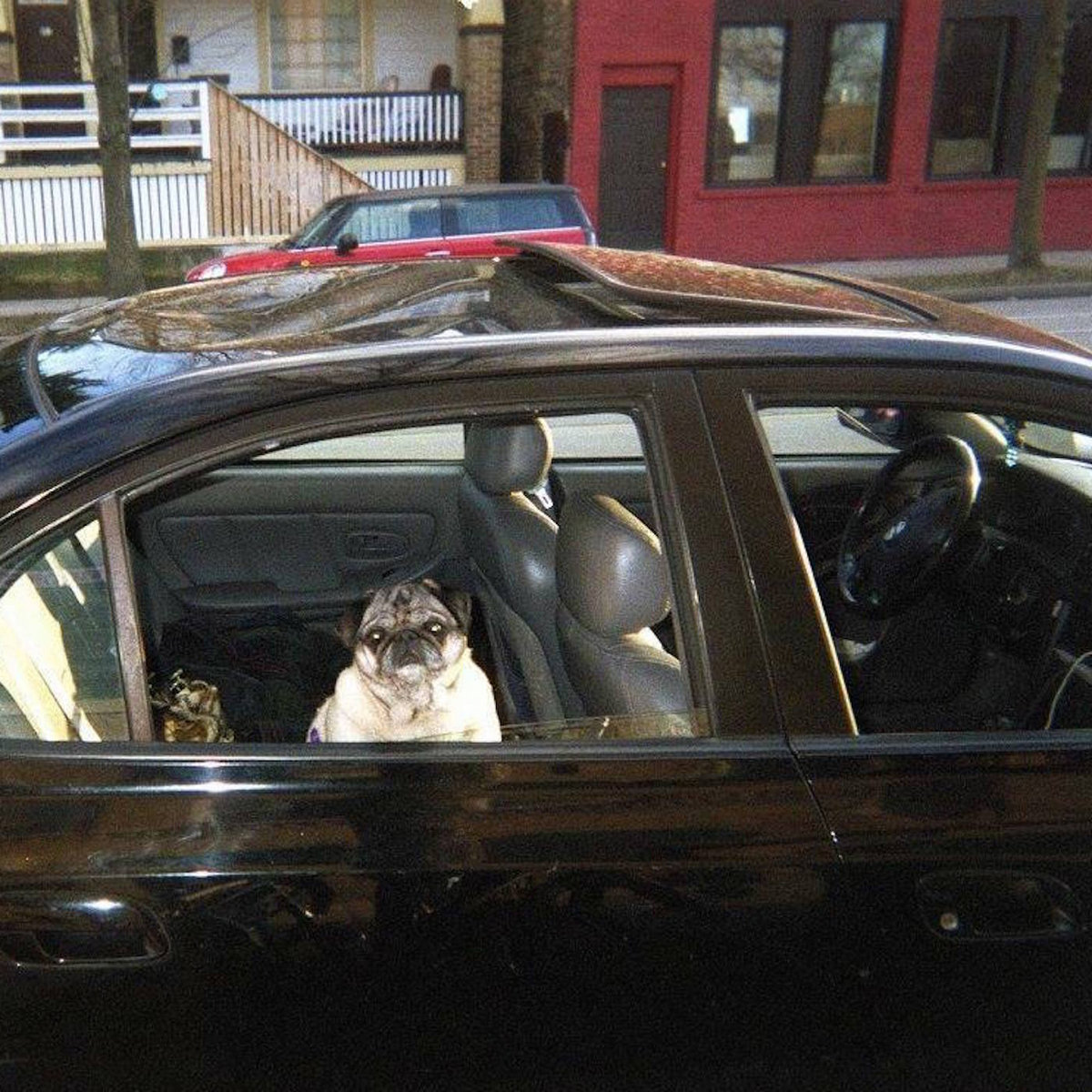 Faith Loaf herself was a mysterious character. She had no official Facebook page and I Miss U seemed to be her first official release. All that accounted for her existence outside the tape was a personal Facebook profile, which continued to perpetuate the idea that Faith Loaf was, indeed, a female pug from Chicago with an overzealous desire for walks. The only clue that pointed to anything else was a workplace connection to Fatkid, another act on the Grandpa Bay label, but the trail ended there.

As for the music, it’s safe to say that I Miss U accurately encompasses the scope of a pug’s emotions when left alone by its owner.

‘Don’t Leave’ is a screeching, lo-fi ode to the pain and desperation of a pug’s solitary existence, with an escalating series of whines against a threatening and disjointed electronic background. Frankly, it’s terrifying, but terrifying enough to be intriguing as well.

The anticipated ‘Fuck U I’m A Dog’ brings in strange, high-pitched vocal soundings over the ring of bells, and the sudden entrance of fast-paced drums mid-tune increases the intensity of the song from a this-is-kind-of-weird-but-I-can-handle-it level to a can-I-please-exit-this-tab-because-I’m-freaked-out level.

Following through, third track ‘HOLD ME’ starts with a murmur of human noises — “I’m a dog”, Loaf repeats — before dipping into the same vocals as its predecessor over steady, rhythmic taps. It’s devoid of the disturbing wall of textured noise ‘Don’t Leave’ had, but something about it still doesn’t sit well: perhaps it’s the way the piping, child-like singing seems to represent this pug persona so eerily, or maybe it’s the buffering that occasionally cuts the melody in two and shatters the illusion that this is a less bizarre song.

The last three tracks fall short of the EP’s first half. They are monotonous, repetitive, and the disturbing factor eventually crumbles away to reveal mediocre experimental work. But if it were the aim, Faith Loaf certainly succeeds at creeping out listeners with the beginning of I Miss U, and if this were paradise, there’d be a whole community of anonymous pugs making music on Bandcamp too.