November has been a month full of changes for the Australian government, from the nation voting ‘yes’ to same-sex marriage to a euthanasia bill being passed in Victoria’s upper house. It seems that a strange little thing called ‘human rights’ is finally being acknowledged by those in charge of our country. Prime Minister Malcolm Turnbull, has promised to legalise same-sex marriage before Christmas, which would see Australia join the other 25 countries in which this has already been legalised.

Greens representative, Lidia Thorpe, has become the first Aboriginal woman to be elected into the Parliament of Victoria, while One Nation lost their seat in Queensland. Thorpe has stated that she is ‘privileged and honoured’ to make history, while Pauline Hanson pointed a crooked finger towards us all and declared that ‘One Nation’s not finished!’ This apparent ‘swap-over’ of parties can be classed as a step in the right direction for those who advocate for non-discrimination.

Although less governmental than political, triple j announced that the date of their Hottest 100 would be moved from Australia Day to January 27th. 60% of Australians voted for the change that will allow all Australians to feel comfortable listening to the countdown. 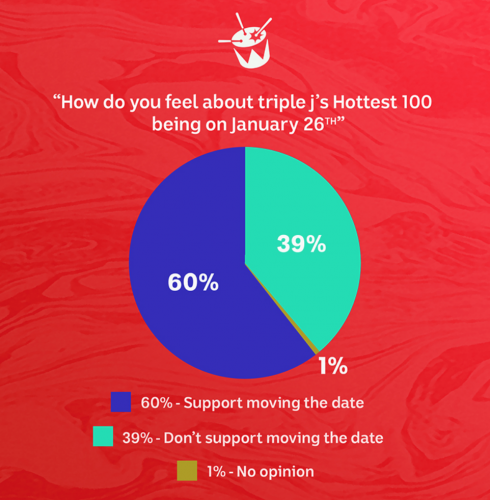 It seems that the winds from Brexit and Trump, which left bitter tastes in the mouths of all equal-rights supporters, has bypassed Australia. Here’s hoping that these changes permeate December and, ultimately, 2018.

Previous post Track Of The Day: Amistat – ‘The Coward’